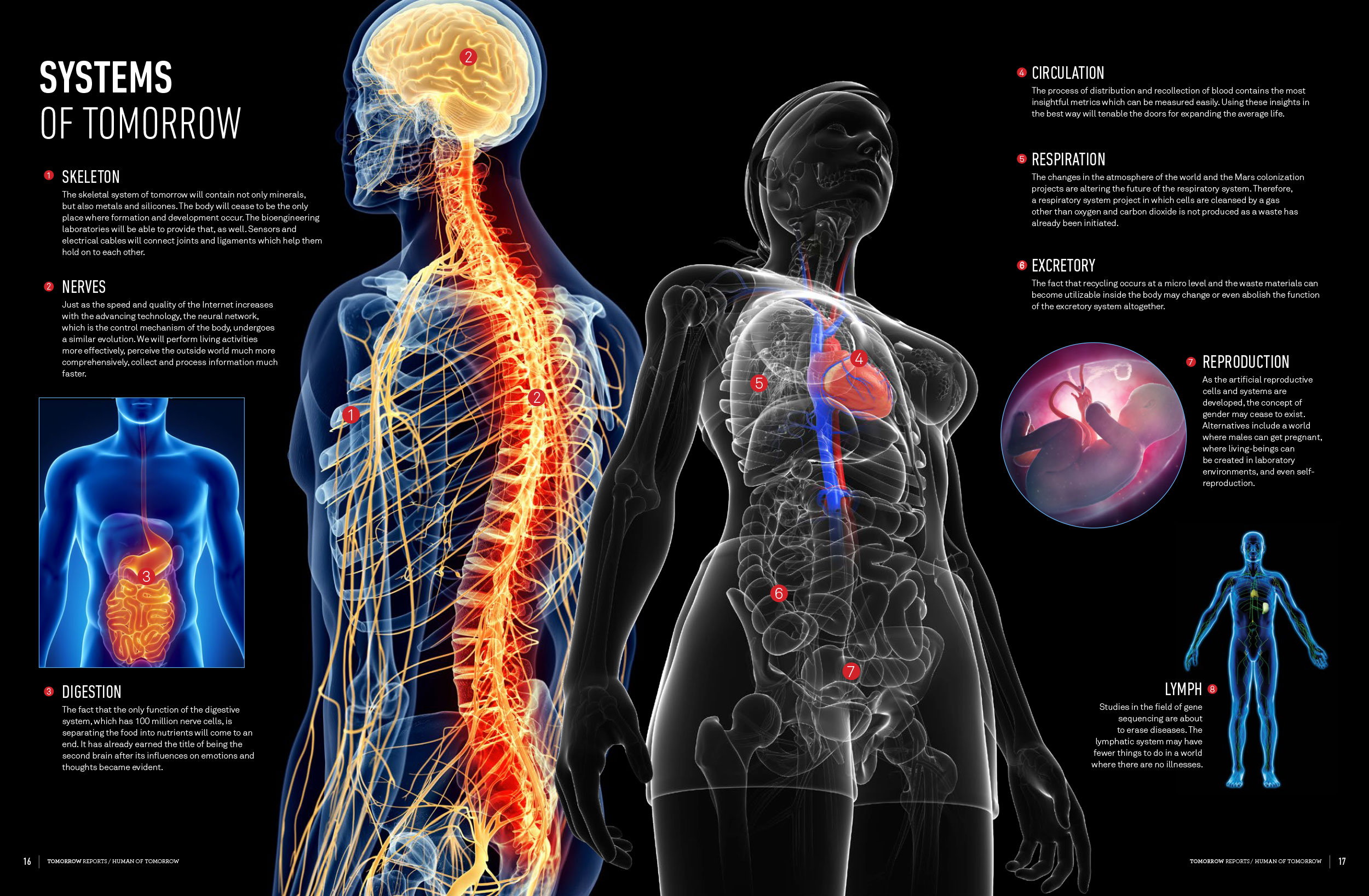 The skeletal system of tomorrow will contain not only minerals, but also metals and silicones. The body will cease to be the only place where formation and development occur. The bioengineering laboratories will be able to provide that, as well. Sensors and electrical cables will connect joints and ligaments which help them hold on to each other.

Just as the speed and quality of the Internet increases with the advancing technology, the neural network, which is the control mechanism of the body, undergoes a similar evolution. We will perform living activities more effectively, perceive the outside world much more comprehensively, collect and process information much faster.

The fact that the only function of the digestive system, which has 100 million nerve cells, is separating the food into nutrients will come to an end. It has already earned the title of being the second brain after its influences on emotions and thoughts became evident.

The process of distribution and recollection of blood contains the most insightful metrics which can be measured easily. Using these insights in the best way will tenable the doors for expanding the average life.

The changes in the atmosphere of the world and the Mars colonization projects are altering the future of the respiratory system. Therefore, a respiratory system project in which cells are cleansed by a gas other than oxygen and carbon dioxide is not produced as a waste has already been initiated.

The fact that recycling occurs at a micro level and the waste materials can become utilizable inside the body may change or even abolish the function of the excretory system altogether.

As the artificial reproductive cells and systems are developed, the concept of gender may cease to exist. Alternatives include a world where males can get pregnant, where living-beings can be created in laboratory environments, and even self-reproduction.

Studies in the field of gene sequencing are about to erase diseases. The lymphatic system may have fewer things to do in a world where there are no illnesses.