THE HUMAN OF TOMORROW 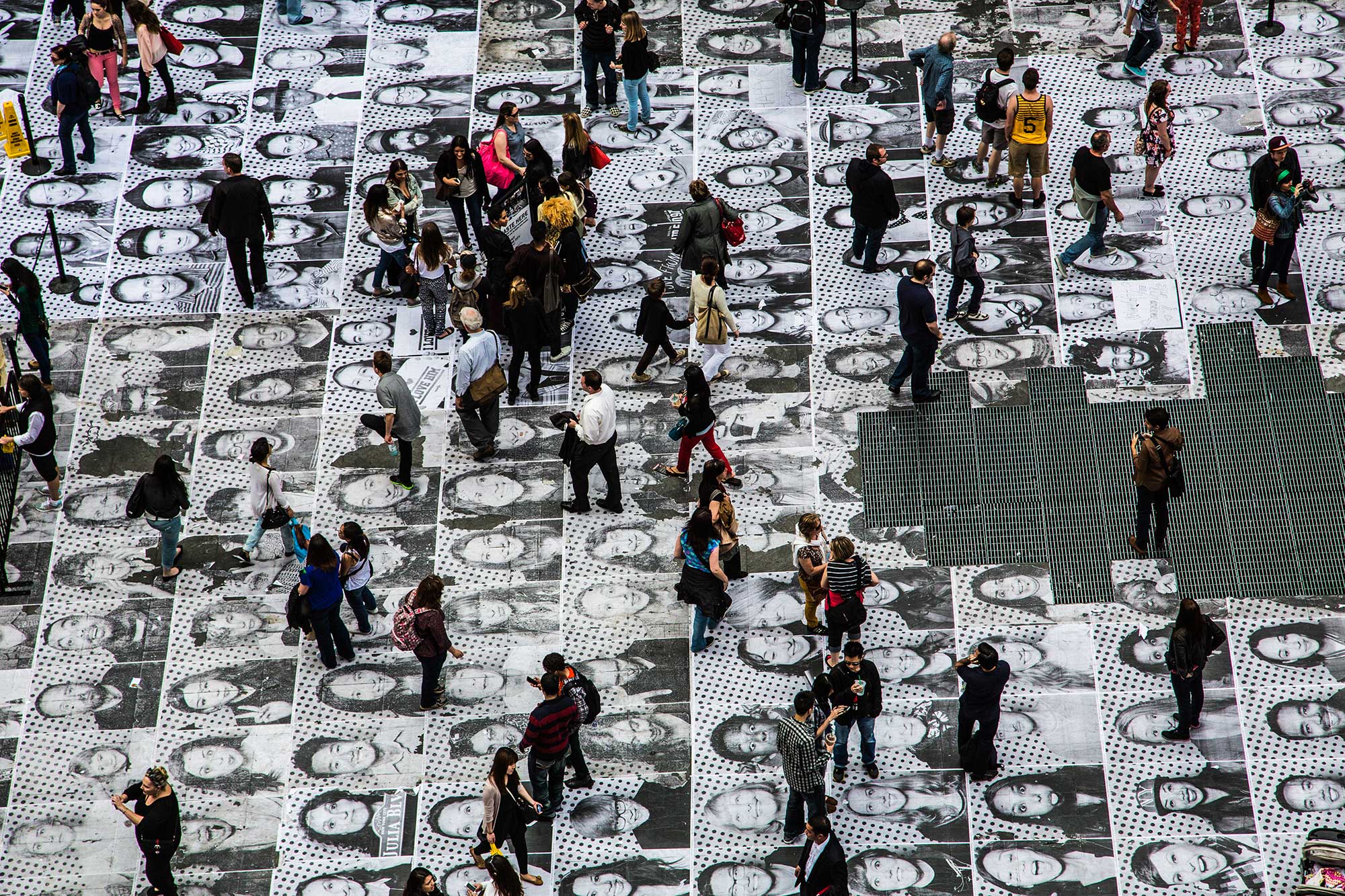 Hundreds of people attended the INSIDE OUT project on New York's Times Square grounds with their portraits. The main purpose of JR and its team’s project is to provide a platform where participants can share the purpose of their existence with other people. After all, we want not only our bodies but also our ideas to remain.

The journey of humankind to be a super-creature is directly related to the boundaries of his body. No aging, no tiring, no sickness, renewal, rejuvenation, even immortality are among the dreams. On one hand, we try to remove unrelenting illnesses. On the other hand, we work on the body recovering itself rapidly when needed, healing wounds, non-decaying teeth, and eliminating hair shedding.

Let's start by looking into the past before taking a journey towards the human of tomorrow. Let's move along the axis of yesterday, today and tomorrow. 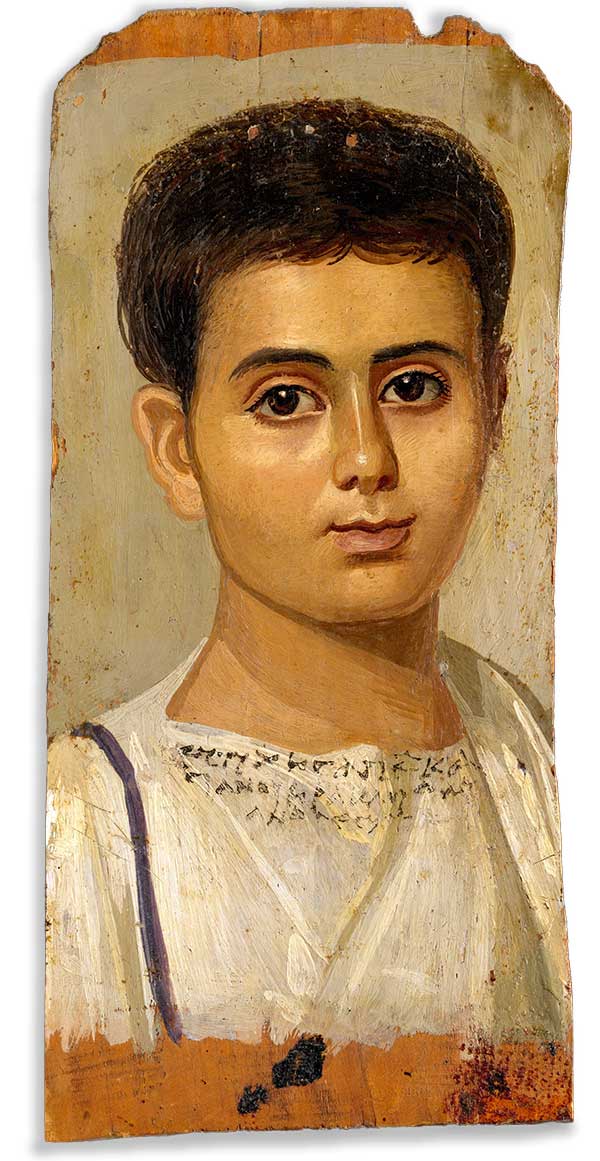 Life and Death
We have been pursuing immortality since the early ages. In ancient Egypt, the wooden portals on the mummies of the Roman and the Coptic periods (3-7th centuries AD) are among the most beautiful examples of this dream. It is thought that these paintings, which are called Fayyum portraits, have been put in order to be recognized when they are alive and resurrected.
YESTERDAY

We have always strived for a better, healthier life throughout human history. Our ancestors have lived in periods when infant mortality was high, diseases were incurable, even the smallest cuts could cause death. Can you imagine that the average life span at the beginning of the nineteenth century was only 38 years? Thirty-eight!

Due to the advances in the medical world and the field of modernization, three months were added to human life every year. At the beginning of the twentieth century, the average life span has reached to forty-seven. Thanks to the water purification, typhoid and cholera have been prevented. Pasteur found pasteurization, which inspired by his own name; Fleming found penicillin, Roentgen discovered X rays and Banting found insulin. Incurable diseases became controllable. The average life span reached to sixty-eight by 1950.

Medical reforms changed shape in the second half of the twentieth century. Ambitious steps were taken from organ transplantation to artificial pregnancy and even from stem cell treatment to cloning. The double-stranded DNA structure was discovered. New devices, tools, treatment methods were developed. And finally, with the millennium, the average life span reached seventy-six. In other words, over a period of two centuries, our lifetime has doubled from 38 to 76.

The world is developing in almost every field. The speed of progress in technology and science is well above what is predicted. Every day new steps are being taken on the journey for the super-human. Our boundaries, prejudices gradually disappear, as we discover the secrets of our body. Hoping to reach the age of hundred is no longer an extraordinary goal.

Organs can be manufactured in three-dimensional printers. Even more important thing than the development of bionic limbs, is the integration of these limbs with the body's nervous system and become controllable. Organ transplants are becoming prevalent; even face transplants can be performed. Our senses are getting stronger, gaining new abilities. Planting attachable devices into the ear to make sound management, carrying strange toys to be included in the world of augmented reality, using wearable, drivable, attachable devices are becoming normal just as wearing glasses to have a clear view.

Only sixty-five years have passed since the discovery of the double-stranded DNA structure. Sequences and maps of entire human genes are revealed today, by the International Genome Project. New trails are blazing in genetics. The sheep Dolly, cloned at the end of the previous millennium, has left its throne to the lamb, which has been developed from the embryo in the artificial pouch with the new millennium.

The mystery of the brain has being resolved day by day. Numerous projects are being studied on, ranging from backing up to strengthening the brain and from connecting to the Internet to integrating it with the artificial intelligence. The popular theme of science-fiction movies, the chip installed in the brain is becoming real.

Studies on the cell level are promising. Stopping aging in cells in the experiments on mice, is amongst the significant milestones. Research on T cells, deterred soldiers of the immune system, stem cell-based methods that enable people to be treated with their own blood and studies to prevent the shortening of telomeres in cell chromosomes draw attention.

On the other hand, it is still possible to encounter unusual surprises when the cipher, the mystery of the body is deemed to be solved. One of the surprises is "mesentery"; during the past few months a new organ has been discovered in our digestive system. Research is still going on, although it's not exactly known what it does yet. The expectation is high.

FROM TODAY TO TOMORROW

The medicine is changing its mold. Thanks to the technology, the devices are being renovated, invented, and able to meet masses. Symptoms, analysis, findings, diagnosis, treatment, follow-up processes are almost being rewritten. The main change is in the mentality. Significant transformation that extends from the general to individual is in question for the medicine.

INHERITED: The most important developments that will leave mark to the coming mileage will undoubtedly be experienced in genetics. As the codes in the DNA become clearer, new windows will be opened. Until today, the term inherit has brought the “past” into mind, but now on it will conjure up the ''future''. We are at a time when we can easily identify dangers, threats waiting for us by looking at our gene map. 23 and Me is one of the companies that has been increasing its popularity on this subject day by day. As of now, they serve about one million people. In the near future, everyone will be able to easily reach their gene map and use these maps for prediction purposes instead of fatalism. Many diseases will be destroyed before they occur. By the help of DNA engineering, inherited diseases will be prevented from passing on to next generations.

INTIMATE: With today's three-dimensional printers, tailor-made bones, teeth, organs and all kinds of limbs can be produced. There is also a rapid transformation towards personalization in health services. This will be followed by a transformation with completely personalized treatment methods and pharmacy. Particularly, the pharmaceutical industry is expected to undergo a major change and to produce personalized drugs, which are fed with genetic predictions and freed from side effects.

INVOLVER: By the help of the Internet of things, cloud and mobile technologies, we will no longer have to go to health institutions except for the unusual situations. You will not have to leave the house most of the time for the examination and diagnosis. Already, healthcare applications have taken place in smartphones. In the near future, personal healthcare devices, talking to our tablets and phones, will be found in every home. The abundant talented health scanner "Tricorder" we are familiar with from the Star Trek series will come true. Many procedures such as sampling blood, breath, and retina scan can be done at home without needing a doctor support. Tests will not be performed from scratch, and homemade tests will also be a part of the process since these devices will be FDA-approved. For instance, a small gadget to be attached to the heart level will keep track of the performance of the circulatory system and one will not have unnecessary Holter therapy or sleep apnea rooms. Such expensive and hard treatment methods will only be used if it is really needed.

INHIBITIVE: The healthcare system has been invested at both the personal and community level for many years to protect health and prevent diseases. While fields such as vaccination, early diagnosis and rehabilitation are developing on the one hand; on the other hand environmental and physical regulations are passed on. For instance, following the occupational health and safety legislation, signed by United States President Nixon in the 1970s, accidents and work injuries have reduced by 40% until 1980. Protective healthcare approach in the coming period is aimed to be personalized and diseased to be prevented before emerging. Drugs with sensors and micro-robots patrolling in our veins etc. are included in the proactive protection methods.

The coming change will never be so slow. Over the next thirty years, the human of tomorrow is expecting significant improvements in his journey. A longer living, healthier, stronger generation is waiting just around the corner. Some science circles even claim that the average human life span, which has increased three months each year since the beginning of the nineteenth century, now will be twelve months in average per year.

We are moving to a stage where the concept of bionic people will spread. Do not imagine half-robot-half human bionic creatures right off. However, we will be more talented, smarter and more durable for sure. Sometimes this will be due to artificial limbs, sometimes methods to be applied at the cell level and sometimes a chip attached into the brain. Let me repeat; brain, heart, veins, organs, senses of tomorrow will be stronger, more resistant.

Diagnostic systems based on paper will enable cheaper and faster detection of ebola, tuberculosis and similar diseases. Through digestive robots, some of the internal injuries can be solved without needing surgery. Super antiviruses to fight against viruses, antibiotics that are specially designed for bacteria will come into our lives.

We will also encounter interesting developments in biomimicry. Production of materials that mimic the living creatures will enable the self-cleaning fabrics; self-renewing buildings and self-recycling plastics come out to the market. All these developments will reflect on preventive healthcare.

In the coming period we will see breakthroughs one after another in the genetic world. Many diseases such as Parkinson's, Alzheimer's, autism and schizophrenia are expected to become treatable through optogenetics as we make to 2030s. Likewise we will be talking about genetic informatics when we reach to the 2040s.

An era, in which genetic science has been spread and served to the personal use, will begin.

Indeed, everyone dreams of a longer, healthier life. The worlds of science and the medicine are paving the way for super-human beings with ambitious goals. Healthy and long life is all fine and well but it is necessary to make a move for happiness, joy and peace. The tasks here fall to our lots at least for now. 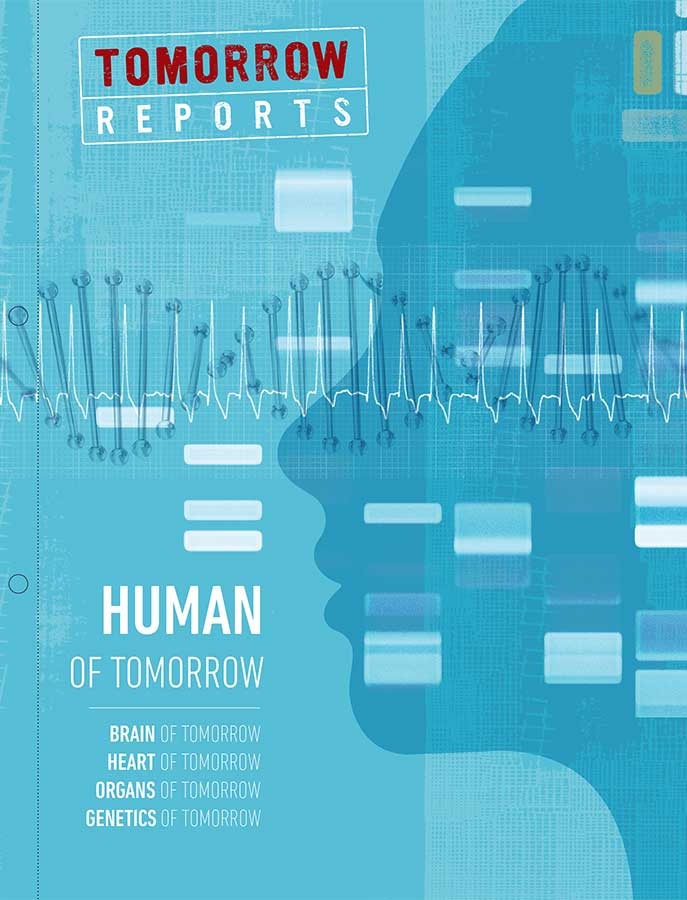